Why a sub-two hour marathon is inevitable 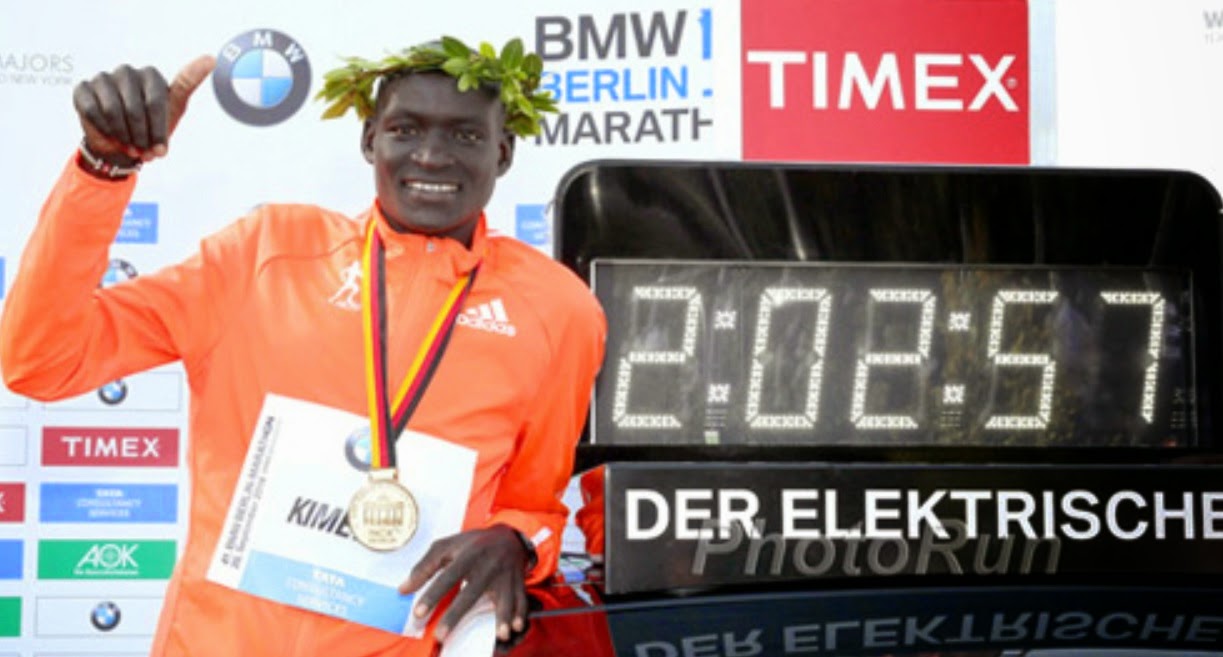 Yesterday, for the sixth time in the last twelve years a talented runner at the Berlin Marathon set another world record, with Kenyan Dennis Kimetto doing so by an astounding 26 seconds! Finishing in 2 hours 2 minutes 57 seconds this translates to an average pace of 4 minutes 41.5 seconds per mile, a great pace for one mile, and an unfathomable one to nearly all runners for 26.2!

As we move ever closer to the prospect of a sub-two hour marathon, for the many doubters that this day will ever come the situation in my mind parallels the early 1950's. Up until the 6th of May, 1954, few but Sir Roger Bannister thought it possible that a human being would ever break through the four minute mile barrier. Yet, Bannister, a hard working medical student with limited time to train applied scientific principles and succeeded. A remarkable achievement, the veritable flood of runners who soon broke Bannister's newly set record proved that the four minute barrier was solely psychological, and not physiological (read the wonderful book The Perfect Mile by Neal Bascomb.)

Since Khalid Khannouchi set the marathon record in London in April 2002, the record has been broken half a dozen times, on average, once every two years. Interestingly, each of the six world records happened on the flat and fast Berlin course, on average by a 27 second margin.

On the assumption that the next dozen years follows the pattern of the prior dozen, the sub-two hour marathon will be broken within that time. Personally, I believe this super achievement will occur far sooner. First, Kimetto already demonstrated that he possesses the needed leg speed, had he run the full marathon at the pace that he ran between 30 and 35 km. Second, and most important, the mega-motivation of a fantastic financial and fame reward will entice many other talented marathoners to the requisite level of physical and mental conditioning.
Posted by Mark U. 1 comment:

Apple Watch, preliminary thoughts on its huge benefit to runners

I believe the newly announced Apple Watch will be hugely significant to all health oriented iPhone users, and especially for active runners since:
As noted, the Apple Watch user will need their Bluetooth connected iPhone 5+ phones to enable these capabilities. While many runners are uncomfortable at the prospect of bringing their smart phones on their runs, as I had noted over one year ago I have exclusively monitored my runs' distance and pace using the iSmoothRun App on my iPhone 5, carrying it in my belt or in an arm carrier. The App's periodically announced mileage, pace and cadence generally satisfies my needs, though in the future I will appreciate having this information available at a glance.

Pending my getting my hands on the Apple Watch hopefully early next year it is premature to be fully confident in these high expectations. Nevertheless, I believe that Apple will help many Americans strengthen their commitment to fitness and health.