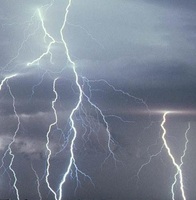 Moving on, consistent with Sean Wade's advice the next stage of my training will focus on improving my running form and my shorter distance race performance. In this regard next week I've got an appointment for a "basic biomechanical and gait analysis" from a bioengineering wizard with Memorial Hermann's Sports Medicine Institute. I'm looking forward to it and the follow-up strengthening and stretching exercises, which I will incorporate with my ongoing Kenyan Way training.
Posted by Mark U. 8 comments:

One of the great things about being a runner in Houston is watching some of the USA's greatest men and women runners at the 2011 USATF Half-Marathon Championship. While both the Chevron Houston Marathon and the Aramco Half Marathon will be held tomorrow, the official USATF 2011 Half-Marathon Championship was held this morning, and was comprised of approximately 90 elite men and 50 elite women athletes.

For this event I was one of many spectators in front of the George R. Brown Convention Center, many of whom like myself will be lining-up for our own races tomorrow. Using my handy iPod Nano I recorded the following video of the race's start, mile 5 (which very conveniently crosses near the starting area), and the finish for both the men and the women.


Both when I saw Ryan Hall briefly during his 2007 record-shattering run and this morning it was a bit surreal reflecting upon his unbelievably smooth and relaxed running gait. While he continues to knock down some great splits, it's clear by comparison to his former finish times - and his inability to kick hard in answer Mo Trafeh's last-minute surge - that he and his Flagstaff support team have much work ahead. I truly hope that they're successful, as it would be great to see Ryan bring home a medal from London!

And finally, here's a better angle of the men's and women's finishers, and some good post-race interviews: 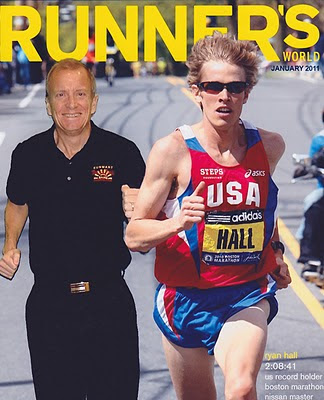 At the Houston Marathon/Half-Marathon Expo earlier today I visited the Nissan booth and had fun with their "green screen" technology which superimposed yours truly against the nervous looking Ryan Hall (justifiably so, considering I'm nearly matching his pace in my street clothes and shoes ;-)

All's well in my Half Marathon preparations; I'm feeling confident and am truly looking forward to the race - rain or not!
Posted by Mark U. 5 comments: 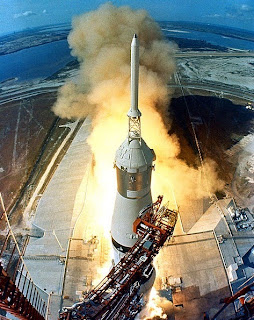 Following an effective taper strategy maximizes our energy supplies of blood glucose and glycogen (a polymer of glucose stored in the muscles and liver). Through this 'countdown' reduction in miles run and calories burned in the final days leading to a race we trigger our bodies' systems to store these internal energy supplies, especially if we:
The countdown approach is both extremely simple and effective - so give it a shot before your next race launch!
Posted by Mark U. 3 comments:

Confidence critical prior to an important race

In planning for a race one's mental preparation is just as important as one's physical preparation. To help instill confidence it's important to have a good 'dry-run' of one's race roughly one-week prior with two or more late miles at, or slightly faster than one's target pace. Consequently, I was ecstatic to execute an excellent Kenyan Way 11-mile training run with a Boston-bound friend this morning, as we managed a good negative split and ran strongly throughout.

Naturally, my morning's attire, shoes and pre-race nutrition were all consistent with next week's race, and the only variable completely outside my control is weather (this morning's temperature was ideal in the low to mid 30's.) I'm hoping for the best weather next Sunday, as I hope to surpass my half-marathon P.R. time of 1:35 set in Chicago in the fall of 2009.

A big thanks to fellow blogger and running friend Chris as he kindly alerted me to "Newton's Natural Running Symposia and Form Clinic" held in Houston at Luke's Locker both last night and this morning.  Chris had recently flown to Colorado to attend similar sessions, and it's clear that we both found them to be tremendously valuable.  I encourage all runners to keep an eye on Newton's related webpage as I'm sure they'll soon be scheduling more clinics around the country.

I've long been a huge fan of Newton shoes, and have commented on them in several blog posts including my most enthusiastic.  I'm convinced that my Newton shoes - with more focused training - have played a key role in my speed increases and form improvements.  Nevertheless, even while wearing these shoes it's crystal clear after the past two sessions that I've still got an imperfect gait despite trying since last summer to make further form improvements.

My gait (which has a knock-knee characteristic with an outward leg swing on the return) was a bit of a chin scratcher to Newton's excellent instructor Ian Adamson - so much so that he "invited me to their labs in Boulder for a further analysis" citing my "having the largest negative Q-angle of any male runner that he's seen".  After that serious sounding pronouncement I was relieved during the the group's road run (where we sought to apply our learnings while receiving individualized guidance), as Ian provided some helpful exercises which I intend to follow to hopefully somewhat straighten my gait.  With regards the frustratingly lengthy transition time needed to accomplish a permanent change in one's running form, I was encouraged by Ian's introductory comments: he's a highly accomplished adventure racer and a multiple world championship winner, yet it took him two years to successfully change his running form.

Wisely, the Newton training was broken down into two parts, the very interesting and informative lecture and the form clinic.  Many runners attended both sessions, though there was a large percentage of attendees who just attended one.  While both sessions were very helpful, I'd give a slight nod to the form clinic as it was the most hands-on with excellent individualized observations and recommendations. Highly recommended!