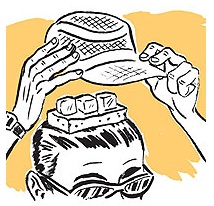 Having just returned from a two week trip to Chicago I was energized and encouraged to see my running pace, energy and stamina all at levels which I haven't seen in months! Of course the explanation is the comparatively cool Chicago weather conditions versus hot and humid Houston.  Since I'm training for the Chicago Marathon this discovery was highly motivating both via confirming my fitness levels and providing tangible encouragement that by October we will hopefully see good marathon weather conditions in the Windy City. 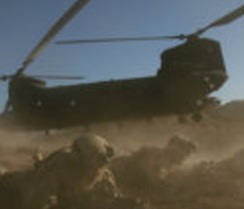 Additionally, following last weekend's announcement of the tragedy in Afghanistan involving the death of thirty members of the U.S. Armed Forces, I joined a Daily Mile challenge to provide tribute to those brave Americans by running thirty miles.  While competing in this challenge my mind was inexorably focused on the bravery and incredible sacrifice of these men, whose helicopter was shot while attempting to rescue other service men under attack by the Taliban. Without intending to do so I found it impossible to take my normal water breaks every three miles, and ran the entire ten mile distance non-stop with an increasing pace every succeeding mile. Through participation in this challenge, and reflection on the sacrifices and bravery of others the power of the mind to help accomplish feats otherwise unimaginable became clear.
Posted by Mark U.