Every year I run Houston's ConocoPhillips Rodeo Run 10K, and I always enjoy it.  This year was no exception!

The primary reason is that the race is always lined with enthusiastic crowds of spectators.  The fact that the crowd is primarily there to see the trail riders who follow immediately behind the runners doesn't dampen my enjoyment at all.

One of these days I'll figure out running, as despite my presumed expertise in running races of varying length I made several mistakes while running a 45:36 (7:20 average pace), specifically:
In any case, shown below are the trail rider photos that I took from my car on Memorial Drive while temporarily sharing the road.  Though my race performance was minimally affected by the resulting delay I am gratified to have had an opportunity to admire close-up these amazing trail riders, as they annually ride to Houston often from hundreds of miles away to kick-off our world class Rodeo and Livestock Show: 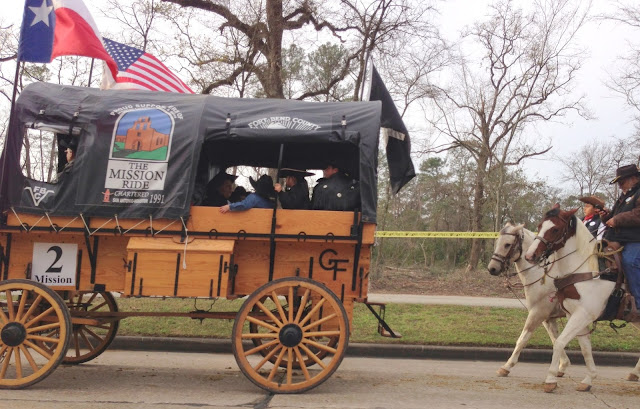 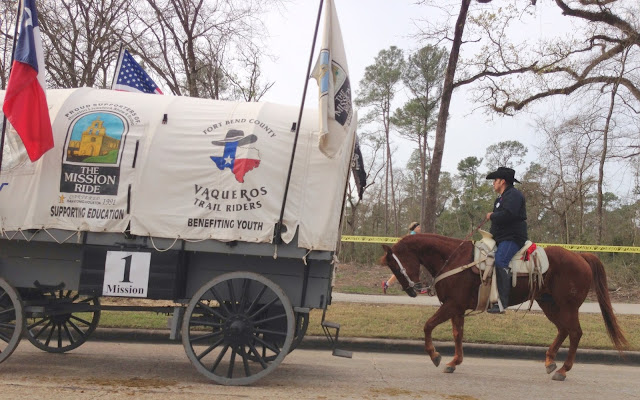 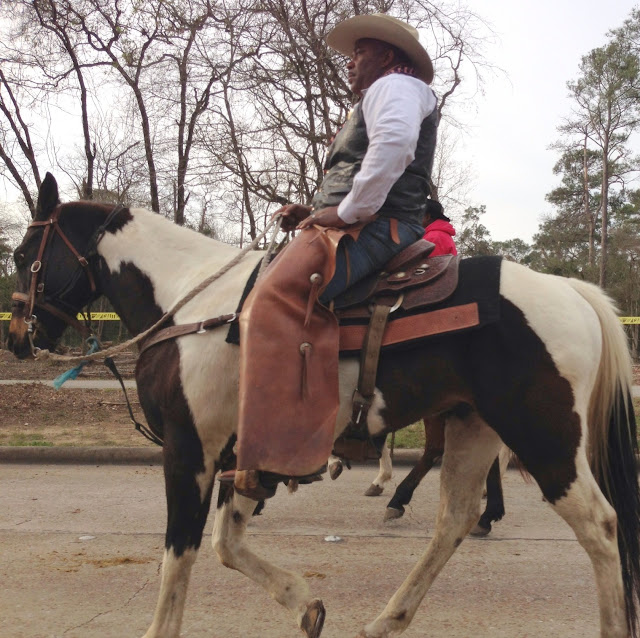 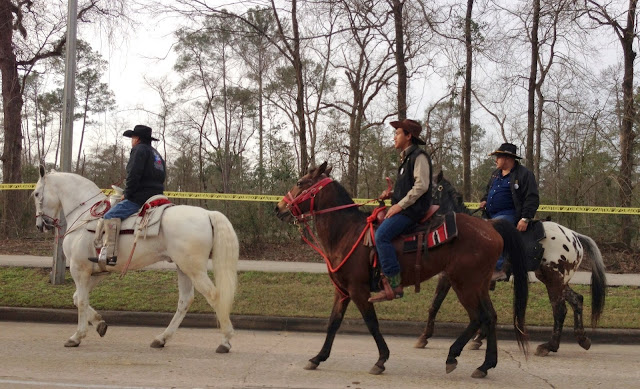 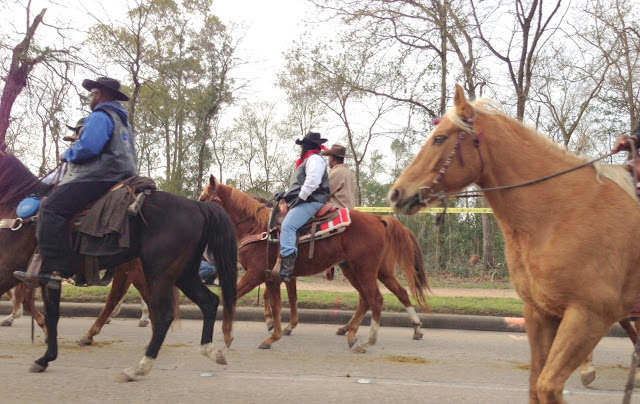 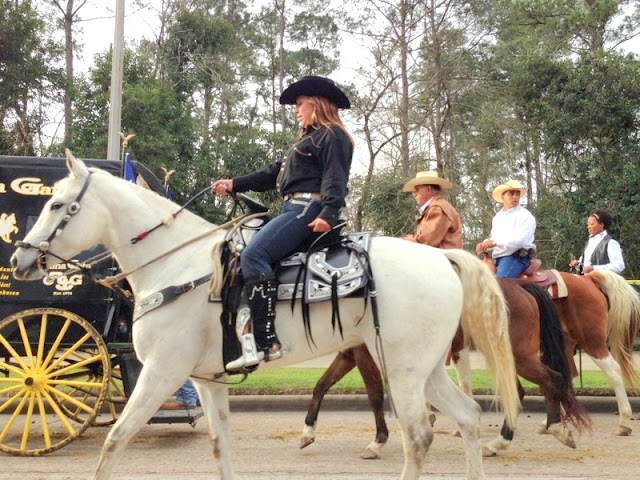 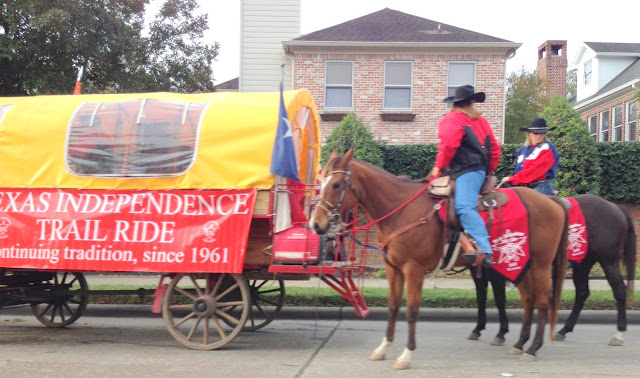